This New memoryOS Technology Will Awaken The Sherlock in You

Imagine a huge 1000-page book where each page is brimming with numbers - the initial 100,000 digits of Pi (π). Holding the book, the President of The World Pi organization calls out a random string of 9 digits. Your job is to identify them in your memory and recall the 9 digits that come before and then the 9 after. Then picture doing this 50 consecutive times without a single error.

In reality, you might not even be able to recall the first 9.

This is an actual challenge, Olympus Mons of Memory, named after the tallest planetary mountain on Mars. In this challenge, on March the 10th 2020, the 2X World Memory Champion Jonas von Essen defied most people's understanding, having recalled all sequences faultlessly.

‍
Interestingly, Jonas began about where you are now. Prior to developing memorization skills he was struggling to remember simple things and now, he is paving the path for human memory. His mission is to shatter glass ceilings, which dogmatically tend to view humans with many memory limitations.

At this point, he became well-known for his accomplishments including getting a rare golden buzzer at Sweden Got Talent, winning against the national Сhinese team at the Super Brain TV Show, and winning the “Are You Smarter Than a 5th Grader?” earlier this year. Jonas was also featured in BBC, The New York Times, Independent, The Telegraph, and The Times.

In all these contexts, however, Jonas tries to keep himself in the background since what is terrific about his skills is that anyone can learn them. After shining in memory sports, he decided to give back. Jonas began sharing his memorization techniques with the rest of the world and later united with Alex Ruzhytskyi to co-found memoryOS - an edtech startup with a mission to make excellent memorization skills the new norm.

‍
We believe that memorization is as essential as reading and writing and should be taught as a fundamental skill. Because our current educational system fails to do so – this leads to a lot of student stress and consecutively to what’s called “having a bad memory.”

This is why memoryOS has been initiated on its creators' pure enthusiasm and a desire to bear positive changes into the world. We have made it our mission for the memorization skills to become a new norm. Our company is developing innovative gamified e-learning software to help people significantly improve their memory.

A few years later, we were able to develop a proof of concept prototype that has also proved that hippocampus functions in virtual reality just as well as it does in physical reality. memoryOS had their vision reaffirmed as the 2014 Nobel Prize proved that the hippocampus, a seahorse shaped brain region which is responsible for encoding new memories, also serves as our brain’s GPS. Our experimental prototype has proved that it is possible to transfer storage space (virtual mind palaces) inside users’ minds while they are getting taught how to use it through a video game. Before passing the proof of concept stage, we continuously performed closed tests and measured the results to improve our technology's mechanics. On average, our participants had an increase of 75% in correct recall compared to their prior results. These were people of different ages, not familiar with memory techniques, including those without gaming experience. For now, we are careful as to claiming the specific improvement rate, since these tests were not public and had less than 200 participants. Larger public studies with independent observers will certainly be performed soon. We are currently waiting for a green light from our patent attorney after passing a certain milestone.

The patenting of memoryOS technology and product development is currently in progress with a goal to make it public in the Fall of 2021. The new memoryOS technology “implants” a ready to use virtual Mind Palace, just like Sherlock’s. Mind Palace is a fundamental memory enhancement technique which is used as a storage space for long-term memories by all memory champions.

Leveraging the current state of technology, we combine our innovation with the teaching of proven memory techniques through the most effective online education mechanics. This imbibes interactive e-learning, micro-lessons, and tests created and taught by our co-founder, Jonas von Essen himself.

memoryOS will enable different segments of people to have structured memory, increase their memory capacity and remember things really fast and effortlessly. Students will be able to ace exams with calmness and graduate with confidence. Working professionals can learn speeches, names, pass qualification exams, and recall passwords with certainty. Adults will decrease the uncomfortable “I don't remember moments” from their daily lives and also present their kids with an opportunity to lay the foundation for effective and stress-free education from an early age. The perks of having a well-enabled memory are something elderly adults can utilize to get the little things right without a doubt - dates, names, faces, and everything important.

It brings joy that our startup is supported by The Stephen Hawking Foundation and many other prominent groups. Likewise, we are grateful for our community's engagement, which helps by giving active feedback to our implementations. We had over 300 very insightful, personal conversations with people about the importance and issues of memorization. More than 10,000 people (and counting) have joined our Early Adopters Community. We’ve also onboarded first investor/advisor: Bas Godska, rated #1 Dutch Angel Investor (Crunchbase), #1 Foreign Angel Investor CIS (EWDN), and “One of the most prolific Western investors in Eastern Europe” by Techcrunch and CrunchBase (May 2020). Startups where he invested (pre-)seed are now jointly worth nearly $6 billion.

To help spread a word about memoryOS we will soon launch a Kickstarter crowdfunding campaign where our early backers can pre-purchase yearly access to memoryOS at significant discounts while helping us to accelerate product development.
‍
Our Early Adopters waiting list is now open and you can sign up at memoryOS.com. It's a free registration that takes under 10 seconds to complete.

Let's continue to unite and give people a chance to witness and believe they, too, can improve themselves in any aspect and break illusional mental limits!

Jonas is asked to explain what he sees when he dives into The Ocean of Pi. Immerse yourself for a moment and see how a human mind can remember so much.
...
Press Kit 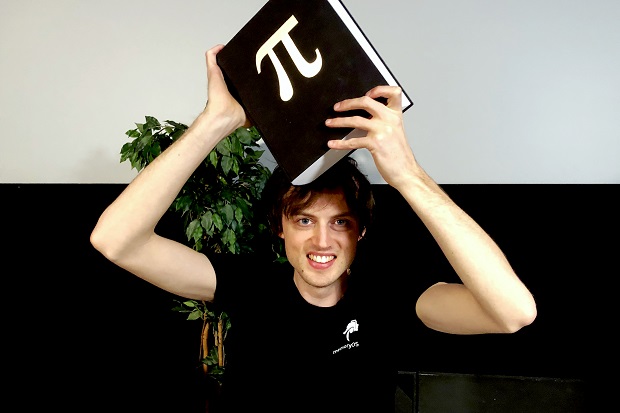 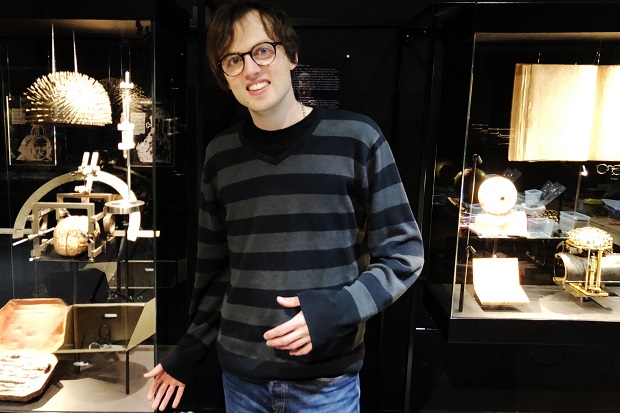 No Posts found.
Back to Blog

Our mission is to make excellent memorization skills the new norm

Learn More about our Technology