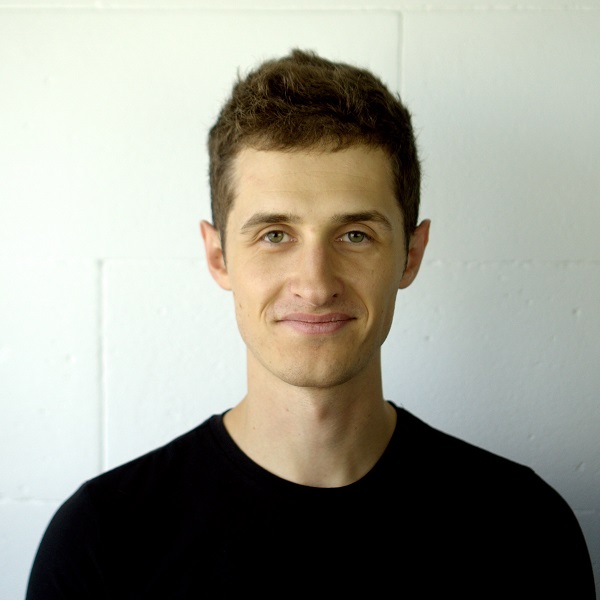 At the age of 14, due to his parents’ diplomatic mission, Alex has moved from Kyiv to Pretoria, where he then went to high school to find himself enjoying a range of subjects, including business management, economics, marketing, and IT. Competitive gaming with regular LAN parties, playing basketball, and board games were his main teenage hobbies.
‍
He then went to study Strategic and International Business Management and later graduated from the University of Pretoria, South Africa. Starting from the age of 16, Alex has initiated and co-founded several businesses, including DAO.ua, AQUA., Viewmee app, Sound Kalpa app, OVERZ while continuing to develop his practical skill set with a focus on digital marketing and strategy.

Remembering the pain of how unnecessary stressful his life was during the test and exam periods before he started using memory techniques – in November 2014, Alex initiated Encoder. Even though having a Mind Palace boosted his grades as well as free time, Alex saw the significant limitations in terms of creating, using, maintaining, and especially acquiring memorization as a lifelong skill. Continuing to feel the pain of all scholars, students, and people in general, Alex decided to find a solution.

Encoder first started as a research project to find out whether the hippocampus (seahorse-shaped brain’s area responsible for the encoding new memories) functions in a virtual environment just as well as it does in physical reality. Coincidentally later that year, on the 10th of December 2014, the Nobel Prize in Physiology or Medicine was awarded for the discovery of cells in the hippocampus that constitute a positioning system in the brain (i.e., brain’s GPS).
‍
The Encoder Experimental Prototype has additionally proved previous research in the field by the University of Alberta, Centre for Neuroscience and Department of Psychology Alberta, Canada (Legge et al. 2012) that virtual environments are at least as effective as the physical ones for the Mind Palace or Method of Loci (MOL) technique.

As a result of a long period of tests and improvements, Mind Palace Virtual Implant (MPVI) technology was developed. It proved our concept that it is possible to virtually implant a storage space (virtual mind palaces) inside users’ minds while they are getting taught how to use it all while enjoying a simple video game.

Alex has then continued building a core team and co-founded Encoder Inc. to combine the latest advances in e-learning with MPVI innovation and depart on a meaningful, memorable mission.

Besides work, Alex enjoys each moment with his friends and family, loves reading, is into tea culture, meditation, and regularly practices Tai Chi and Chi Kung.
back to team